News Are Wrist Guards the Answer for Snowboarders?

Are Wrist Guards the Answer for Snowboarders? 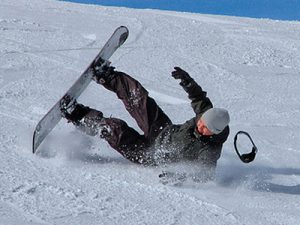 In snowboarding, both feet are firmly fixed in non-release bindings. The upper body is used to generate turning forces.

“If balance is lost, the instinct is to outstretch your hand to break a fall since the feet are firmly fixed.” says Jay Talsania of OAA Orthopeadic Specialists in Allentown. “As a result, the wrist is the single most common site of injury, rare with a skier.” Studies support that 70 % of wrist injuries are fractures (broken bones).

Talsania further states “Almost every day in the winter months we see the broken wrists of snowboarders, usually young males, first time, no lessons, no guards, no helmets, no fear.”

Are guards the answer? When in-line skating was the rage, wrist injury rate was 25-43%. Guards brought that down significantly. The same is true with snowboarding.

In the largest epidemiological study conducted by The Colorado Snowboard Injury Survey, information was collated from over 7,000 snowboard injuries and concluded that snowboarders wearing wrist guards were half as likely to injure their wrists as snowboarders not wearing guards (www.ski-Injury.com).

Cadaveric studies also support that it takes more force to cause a fracture with guards (1). Epidemiological studies support those that wore guards were 50% less likely to have an injury (2). Randomized control studies also are very conclusive regarding wrist guards and injuries.

So why are injuries still so high? The answer from those who don’t wear them is as follows: 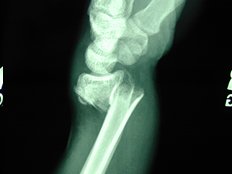 According to Talsania wrist guards do work. Some boarders ask if the force of a fall is just transmitted upwards. “In a quality product, the guard dissipates energy throughout the device without increasing force in any one spot.”

If you snowboard please be safe and that wear the proper protective gear; wrist guards and helmets.